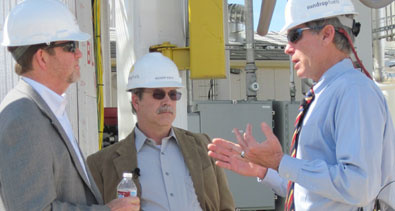 connects biomass with the best resources

There is ample high-quality biomass feedstock available worldwide to supply the Sundrop Fuels biorefineries with renewable material to produce billions of gallons of drop-in biofuels or chemicals per year. Our flexibility in energy source and biomass type allows Sundrop Fuels to economically and efficiently locate plants in most areas of the world.

Importantly, we do not use food-based feedstock, rely on cutting down old growthforests, or divert agricultural land to grow feedstocks for our process. The Sundrop Fuels solution focuses on feedstocks from current commercial sources such as plantation timber and residues from agricultural harvesting. 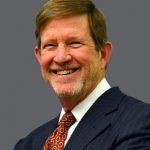 Dr. Wayne Simmons has served as our President & CEO, and Director since 2009. Dr. Simmons is responsible for Sundrop Fuels’ strategic direction and drives our company’s financing, partnership formation and commercialization activities. He brings to Sundrop Fuels more than 30 years of experience in the energy, chemical and environmental industries. Prior to joining the company, Dr. Simmons was founder and CEO of Velocys, Inc., a microchannel chemical process technology company that merged with a publicly traded UK company in 2008. He previously served as VP of Technology at Battelle Memorial Institute where he was responsible for technology and process licensing in the chemical industry. Dr. Simmons spent much of his early career in various management and engineering positions at ExxonMobil.

Dr. Simmons currently serves as the Chairman of the Board for the Advanced Biofuels Association, the leading industry advocacy group for advanced biofuels development. 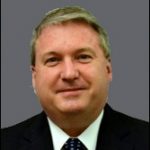 Prior to joining Sundrop Fuels, Mr. Corn served as Vice President of Finance and Corporate Development for New Jersey Resources Corporation, a Fortune 1000 energy services company traded on the NYSE. While at NJR, Mr. Corn managed the capital markets, financial reporting and M&A; programs for NJR’s unregulated business units including its E&P;, interstate pipelines, natural gas storage and clean energy businesses. For the past 15 years, Mr. Corn has served as CFO for a variety of privately-held energy services businesses where he was responsible for all corporate finance, private equity financings, M&A; programs, financial reporting and risk management operations. Mr. Corn began his career in public accounting at Arthur Andersen & Co where he specialized in energy taxation.

Mr. Corn graduated from Abilene Christian University with a Bachelor’s degree in Business Administration and earned his designation as a Certified Public Accountant one year later. Mr. Corn has served on the Boards of Directors of Iroquois Gas Transmission System, Market Hub Partners, kWantera, Inc. and the American Gas Finance Company. 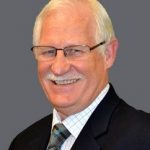 Mr. Renus Kelfkens is a recognized industry veteran who brings to Sundrop Fuels an extensive international background in energy, petrochemicals and synfuels production. Before joining Sundrop Fuels, he served as SVP, Engineering at Greatpoint Energy, a leading clean-coal company, where he spearheaded the development of its innovative catalytic hydromethananation technology in its pilot plant located at the facilities of Gas Technologies Institute. Mr. Kelfkens further lead its efforts to design and engineer Greatpoint Energy’s first American Bluegas™ plant and drive its project development initiatives in China.

Over the course of 25 years, Mr. Kelfkens held a number engineering and management positions within the Sasol Group of Companies. He directed licensing operations for Sasol Technology’s new coal-to-liquids organization in Houston until 2007, and previously was Engineering Manager at Sasol Chemical North America’s seven-unit chemical complex at Lake Charles, Louisiana. Before that he served as Manager of Operations Profitability Improvement for Sasol’s operations in Secunda, South Africa.

Previously, Mr. Gockenbach was CEO of Peridot Energy, LLC, where he led the development of technologies for converting biomass to energy, fuels and chemicals. He spent 27 years at Eastman Chemicals Company, where he held various senior management positions, including VP/GM of Performance Chemicals and Intermediates, VP/GM of Developing Businesses, VP of Manufacturing in Latin America and Superintendent of Cellulose Esters Manufacturing. He also served as Chief Startup Engineer of the gasification section of Eastman’s award-winning chemicals-from-coal production facility in Kingsport,TN.

Mr. Gockenbach received his Bachelor of Science in Chemical Engineering from Clemson University and an MBA from the Sloan School of Management at MIT. 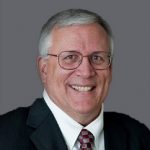 Mr. Doug Jack brings over 35 years of experience in technology development and commercial application in the petroleum and chemical industries. Mr. Jack has an extensive background in energy-related technologies ranging from refining and natural gas processes to the alternate energy field, including coal gasification, coal liquefaction, biofuels and shale oil processing.

Prior to joining Sundrop, Mr. Jack was VP of Technology for Eltron Research & Development. He was Manager of ConocoPhillips’s gas-to-liquids technology effort, responsible for all R&D;, including the 400 BPD demonstration plant design, construction and operation; business development support; intellectual property management; and commercial plant process design and operations planning. He also served as Director of Refining Technology at Conoco, leading the development, acquisition and implementation of technology in support of Conoco’s worldwide refining operations. Mr. Jack led the development of DuPont’s Transport Bed Reactor system for the production of maleic anhydride and also worked at Exxon in their Energy Chemicals business where he led groups in both technology development and in manufacturing.

Perry Smith brings to Sundrop Fuels over 40 years of experience in successfully growing Asia Pacific operations. Prior to joining the company, he has been fostering strategic investments and relationships in China and the region for gasification, biomass and biofuels as Asia Managing Director for GreatPoint Energy and for Coskata, Inc., a company founded by GreatPoint Ventures.

Born and raised in Asia, he has held senior leadership positions for major USA multinationals- as Corporate Officer and Managing Director/ Asia Pacific for Sonoco- a global paper and packaging company and the Asia Pacific industrial products head for W.L. Gore & Associates- a world leader in materials innovation- such as Gore-Tex®. His early career was in the automotive and defense industries. He has established region headquarters offices in Singapore and Shanghai as well as production facilities and joint ventures from Japan to India.

Perry Smith received his Bachelor of Arts in Public and International Affairs from The George Washington University and a Masters Degree from The Thunderbird School of Global Management.