Because Sundrop Fuels can add supplemental hydrogen to its BioReforming production process, virtually every renewable carbon inside the biomass becomes liquid fuel versus being released into the atmosphere as CO2 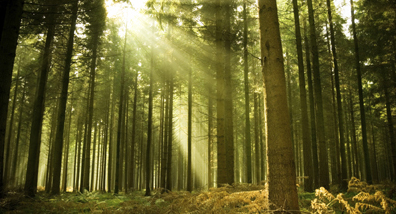 Sundrop Fuels biogasoline qualifies as a cellulosic advanced biofuel under the USA’s Renewable Fuel Standard (RFS) because it meets or exceeds the standard of reducing greenhouse gas emissions by at least 60 percent as compared to the production of the petroleum-based transportation fuel.  Following more than a year of evaluation, the Environmental Protection Agency (EPA) approved Sundrop Fuels’ “production pathway” in March 2013.

As such, every gallon of Sundrop Fuels drop-in cellulosic advanced biofuel will generate RIN credits under the RFS.

Advanced biofuels production has historically been limited because plant material feedstock has generally about a one-to-one ratio of hydrogen-to-carbon, while gasoline used in today’s combustion engines must have twice as much hydrogen as carbon.  To correct this imbalance, many other biofuels processes simply do not utilize one-third of these renewable carbons, rejecting them as carbon dioxide into the air.

Sundrop Fuels, however, resolves the imbalance not by throwing away renewable carbon, but by adding hydrogen to the production process.  The supplemental hydrogen feedstock is obtained from abundant, clean-burning natural gas using a traditional steam methane reforming process.

Because the company adds hydrogen to the renewable biomass being converted in its ultra-high temperature BioReforming reactor, virtually one hundred percent of all the carbon in the plant material is converted into biogasoline.  The process generates extremely low amounts of CO2 or tar.

In addition, Sundrop Fuels’ biogasoline contains more than 30 percent higher energy value than a gallon of ethanol, while increasing the market value of natural gas.

In areas of the world where economic pipeline natural gas is not available, some areas in proximity to biomass have “stranded natural gas” with reserves too small for conventional gas development but can be monetized when coupled with biomass in the Sundrop Fuels process.  In addition, in areas where no natural gas is available, the Sundrop Fuels solution allows for using 100% biomass or other sources such as low grade coal or other waste gas streams as feedstock for fuels production.